Today we celebrate  the anniversary of the signing Estonian Declaration of Independence in 1918r.

An official meeting between the Honorary Consul Waldemar Siemiński and the President of Opole, Arkadiusz Wiśniewski. The topis of discussion included cooperation between Estonia and the region and displaying an exhibition: The Baltic Brothers – the Common Fate of Poland and Estonia in the 20th Century at Opole market square. 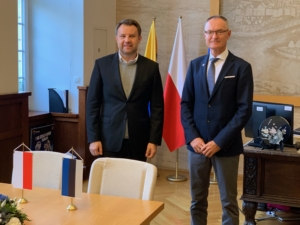 Meeting between consul Waldemar Siemiński and the Voivode of Lower Silesian Region, Jarosław Obremski. The topics included economical cooperation between Estonia and the region and patronage over the documentary film about Polish diaspora in Estonia. 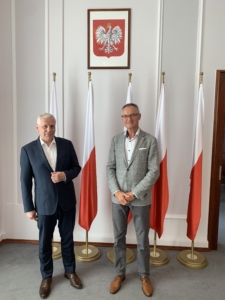 Time: 9-30 March 2020
Place: Market Square, Wroclaw
The Baltic Brothers – the Common Fate of Poland and Estonia in the 20th Century

The exhibition was initiated and organised by the Honorary Consul of the Republic of Estonia in Wroclaw, Mr. Waldemar Siemiński. Whereas, Mr. Jacek Cielecki is the curator of the exhibition which was organised with the involvement of Wroclaw’s authorities.
The main principle behind the exhibition is to familiarise citizens with the various relations between Poland and Estonia, including political, historical and cultural, which all are not commonly known and discussed. The 12 stands (12 in Polish and 12 in English) provide the reader with an unique opportunity to learn about the events and personas which were key contributors to deepening the relations between both nations. 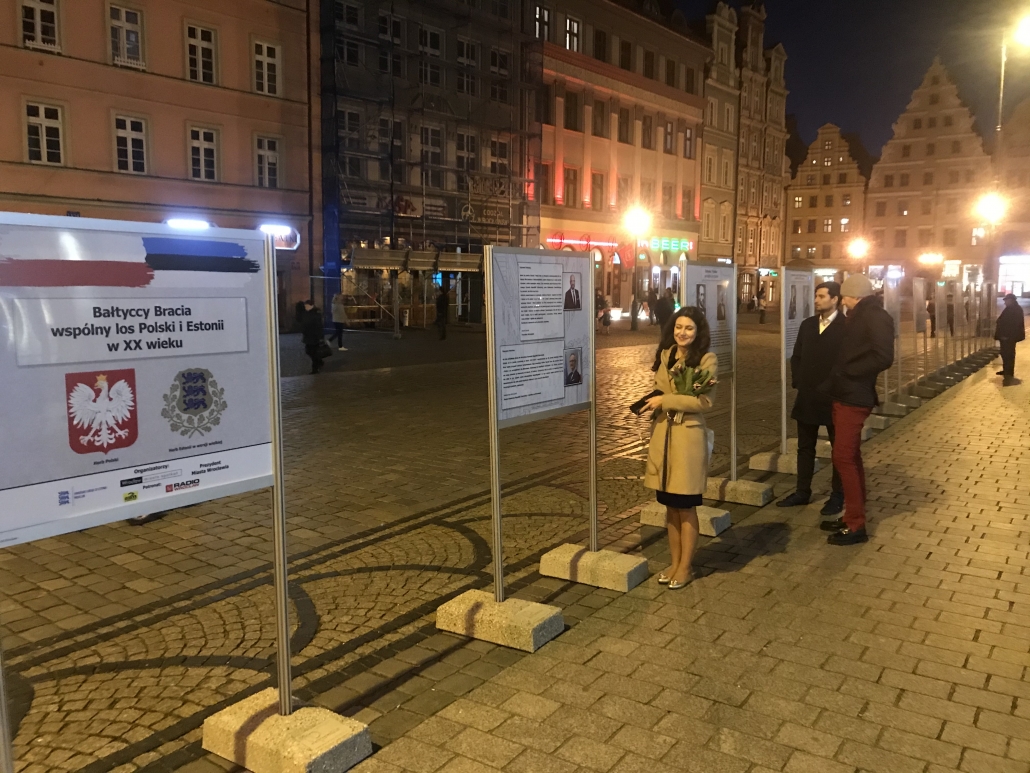 Following the invitation of General Consul of Germany Mr. Hans Jörg Neumann, the consul was an honorary guest at New Years Concert at Opole’s Philharmony

Visit of the Honorary Consul of Kingdom of Spain, mr. Jesus Garcia-Nieto Moreno.

Mr Honorary Consul participated in an interview by Radio Wrocław

27.11.2019
Grand Opening of the Consulate of the Republic of Estonia in Wroclaw

The ceremony was held on the 27th of November in the Wroclaw’s Old City Hall, on the market square.
It was attended by many officials including the Estonian Ambassador to Poland, H.E. Martin Roger, Director General of External Economic and Development Cooperation Department, Mr. Jüri Seilenthal and The President of Wroclaw, Mr. Jacek Sutryk and many other Polish personas as well as Consuls of forein states.

During the ceremony the new Honorary Consul Mr. Waldemar Siemiński was sworn to office and handed Consul Patent and Exequatur along with Estonian Coat of Arms.

Issuing a Estonian Passport for a young citizen of Republic of Estonia. Hand delivered to his mother. 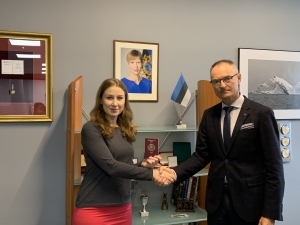